A new tripartite Framework agreement was concluded between employers, trade unions and the Government

A new tripartite Framework agreement was concluded between employers, trade unions and the Government 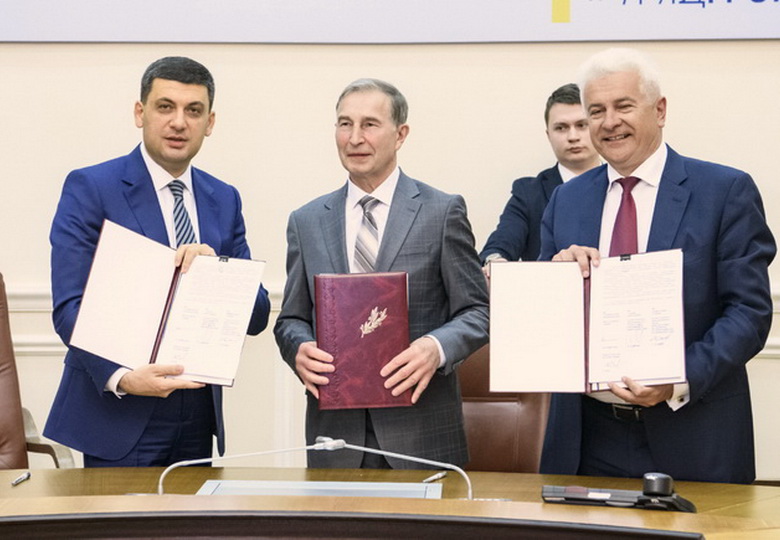 On the employers' side, the document was signed by Mr. Dmytro Oliynyk, Chairman of the Federation of Employers of Ukraine.

Dmitry Oliynyk noted that the event is of key importance to the process of social dialogue. The experience of European states proves that special success has been achieved by those of them where social dialogue is constantly going on and the development of real socio-economic policy is agreed with employers and trade unions.

The Federation of Employers of Ukraine supports the European model of social dialogue in Ukraine. This means that every social partner – the government, employers and trade unions – has equal rights to maintain its positions and projections of the country development. At the same time every social partner is responsible for its actions.

At present, employers have become leaders of many processes in the country. Private enterprises generate about 70% of the national GDP. Development of the country depends on business's position as well as on position of the government and trade unions.

Mr. Dmytro Oliynyk accentuated the fact that Ukrainian employers with awareness of their responsibility for the future of Ukraine, comprehending that a successful country can only be built by joint efforts of business, trade unions, government and the public through implementation of the strategy for accelerated economic development, set themselves and their associates the goals for the sake of WELFARE FOR ALL. The goals are listed in the Manifesto of Employers of Ukraine. And most of them are included in new tripartite Framework agreement.

"If our economic development plan is implemented through joint effort, the country will receive a new impetus for development, new productions and jobs, higher wages and social stability", Dmytro Oliynyk said.